There has been a mill on the River Wye, near its confluence with the River Derwent, at Rowsley for at least 600 years. By 1591 there was both a corn mill and a walk (fulling) mill here which later became a sawmill. In 1874, John Caudwell took a lease from the Duke of Rutland, demolished these two mills (which were then derelict) and built a huge flour and provender (animal food) mill powered by two large breast shot water wheels.

The flour mill had eight sets of millstones and the provender mill had three more. Eleven years later, following the International Milling Exhibition in London, Caudwell started to upgrade the mill by replacing some of the stones with newly developed roller mills. In 1906 his son, Edward, remodelled the whole plant using roller mills developed by the Manchester firm of Briddon & Fowler. George Briddon was born in Bakewell and had an uncle, also George, who was the manager of the Victoria flour mill in Bakewell. Roller mills use precision ground chilled cast iron rolls which made possible for the first time quality milling without stone contamination.

By 1912 Edward decided to fit plansifters to allow finer grades of flour to be produced. He contacted the German firm Amme, Giesecke & Konegen (AGK) who had supplied plansifters for his brother’s mill in Congleton. It took until December 1913 for contracts to be signed and the equipment and the required workmen were to be on site by August 1914. The First World War started and three Germans (believed to be the workmen) were arrested and probably sent back to Germany. However, it appears that the senior men were allowed to install the machinery and were then interned in the Isle of Man, returning to Germany in 1919. Edward completed the payments for the machinery in 1924. 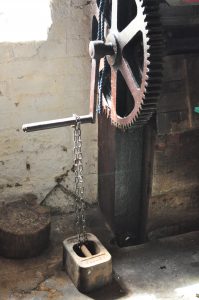 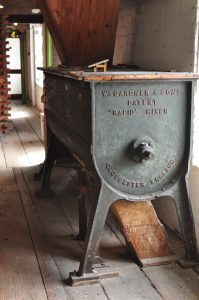 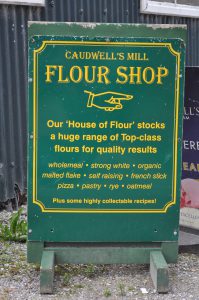